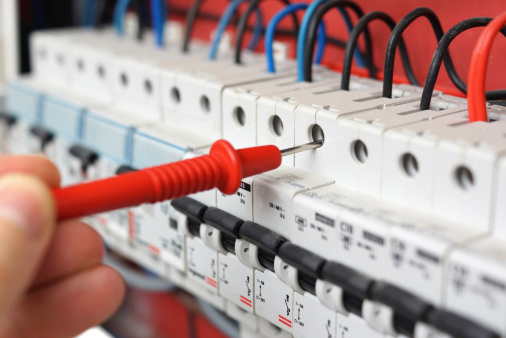 When Should I Replace a Circuit Breaker?

You may need to repair your breaker if:

Wiring problems exist in your electrical panel. Your electrical panel may experience problems from loose or damaged wires, which often call for a repair as opposed to a replacement. Service cables, for instance, are what connect your panel to your home's structural mount. There are occasions when the service cable's anchors break loose, the wires themselves become broken, or the insulation on the cables degrades. An electrician will have to assess the situation, and if the problem is with the wiring, they can typically fix it without needing to replace your circuit breaker.

You may need to replace your breaker if:

In some circumstances, a home's electrical panel may be 10 years old and require replacement, yet another person may have a breaker that is 15 years old and still functional. Even though you can use an outdated electrical panel until it breaks down, we don't suggest doing so. An outdated circuit breaker has a chance of failing, which could harm other components of your house and become dangerous. Furthermore, imagine that you put off replacing your electrical panel until there was an issue. If so, you might experience a period of being without electricity, which would be bad for your home and family.

For a number of reasons, you might need to upgrade your electrical system. For illustration:

It's likely that you will need to replace your circuit breaker to handle the extra load if you intend to renovate or add to your property. Any addition of a large device, such as a washer or dryer, or an area, such as an additional room, will use a lot of electricity and overwhelm your current panel. Before making any changes to your home, you should consult a licensed electrician who can determine whether the new demands will be met by your current electrical panel with circuit breakers and, if not, what size panel you will need to do so. 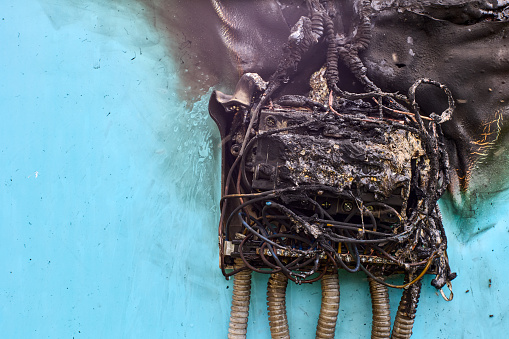 Additional signs that your circuit breaker may require replacement include the following:

How to Replace a Circuit Breaker? 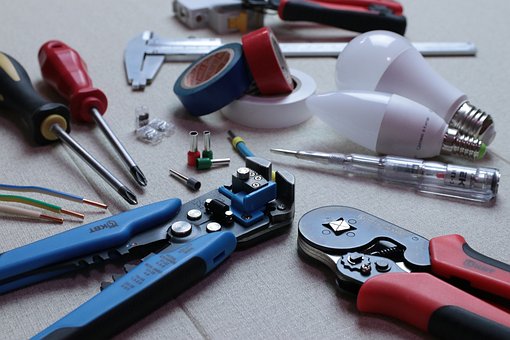 There is a process you must go through if your circuit breaker has to be replaced. It must be done correctly the first time.

Should I Hire a Pro to Replace My Circuit Breaker? 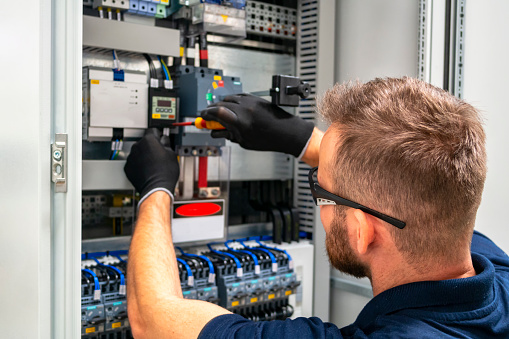 Call a licensed electrician if you are unable to identify the underlying problem or if you don't feel skilled or experienced enough to handle the repair yourself. It is better to be safe than sorry while working with electricity because it might be dangerous. Make sure the professional electrician you select is licensed. Reliable electricians arrive on time and are courteous and competent. Additionally, they complete the task correctly the first time. You can use the appliances you rely on every day after a professional has installed a new circuit breaker.

Electrical system breakdowns are not unusual, whether the house is new or old. Wear and tear, poor installation, incorrect wiring, or insufficient components can all lead to failure. Circuit breakers are crucial safety components found in an electrical breaker panel that prevent harm to your property. Circuit overloads, short-circuits, fires, and power surges are examples of potential risks. The main hub for filtering power into your home is the breaker panel. Then, the electrical supply is sent throughout your entire home.

Why Should You Install a Smart Breaker?

In addition to charging stations, modern homeowners operate an increasing number of appliances, high-definition televisions, computers, and smart devices. Modern dwellings consume a lot of energy. Your electrical system will overload and break down if it is insufficient. Therefore, it is preferable to establish a new, well working electrical system rather than upgrade or replace your outdated electrical panel. A modernized electrical system and smart breakers will increase the value of your home, prevent fires, and improve the performance of your appliances. You can noticeably increase the performance and safety of your house with a new smart circuit breaker. Additionally, it guards against electrical surges and the possibility of harm to your pricey devices, appliances, and laptops. When a power surge or other disruption of the electrical supply happens, for example, a new circuit breaker may even shield you from potential data loss. Your ability to access the internet and other crucial links to the outside world won't be interrupted. Most significantly, if your breakers become overloaded, a smart breaker will reduce the risk of fire. To avoid blowing your circuits, you can now take advantage of the convenience of using more than one or two electrical appliances at once.

In addition, smart breakers can help you complete your smart home. In addition to the functions that traditional circuit breakers have, smart breakers can monitor the electricity consumption of your home's electrical system in real time and record the electricity consumption of your appliances. This provides data support and helps with energy savings and emission reduction in the home. Moreover, the smart breaker implanted chip can achieve remote control of the circuit, allowing you to conveniently manipulate household appliances when you are not at home and avoid some safety hazards. You can also set up a schedule to switch on and off some devices at regular intervals. In terms of electrical safety, you can set the circuit safety value according to the actual situation. When the circuit system accidentally exceeds the safety value, the system will automatically break to prevent a fire caused by electricity. Finally, you can use your smart speakers, such as Google Home and Amazon Alexa to send voice commands to control home appliances linked to smart circuit breakers. What to know more about smart breakers? Please visit www.at-ele.com
Share Share on Facebook Tweet Tweet on Twitter Pin it Pin on Pinterest
Back to News
Why Install a Smart Breaker for Fire Protection in Your Life?
All You Need to Know about AT-QCB2 Smart Breaker
Keep Away from Electrical Fire- 4 Advantages of Smart Breakers to Replace Traditional Circuit Breakers