Smart breakers and fuses are used for a wide variety of circuit types. Both offer defense against overloads or short circuits. However, these two are made differently, and each works best in particular scenarios. You can safeguard your equipment more effectively if you know how to decide between the two options. Understanding the advantages and drawbacks of both a smart breaker and a fuse is crucial before deciding which option is best for your household. Let's start now.

What is a Smart Breaker? There are two ways that circuit breakers work: an electromagnet and a bi-metal strip. The circuit breaker permits the flow of energy to a building by allowing power to pass from the lower terminal to the upper port.

If the current surges, the solenoid's magnetic force will cause the metal lever in the switch mechanism to shift, breaking the current and stopping the flow. The switch can then be quickly reset to resume supplying electricity to the building. When there is a power surge, the bi-metal strip can bend, throwing the switch and severing the connection.

The smart breaker that is equipped with a smart chip is based on the regular circuit breaker. As a result, in addition to performing its standard protective function, the smart breaker may also be operated from a distance by connecting via wifi to a mobile app. You may turn the circuit on and off from anywhere. You can get an upgraded smart appliance by connecting the smart breaker to regular electrical appliances. Setting a schedule, activating a countdown, and keeping track of your equipment's power usage all greatly simplify your life while ensuring the security of your electricity use.

What are the Components of a Circuit Breaker?

A circuit breaker's components include LED indicators, ON and OFF switches, the main contact's indication, and a fault trip reset switch. The current transformer, arcing chambers, closing springs, controls for opening and closing CBs, a trip unit for protection, main and arcing contacts, and the entire setup for safety are all housed inside a steel sheet construction.

A circuit breaker's structure allows for repeated use. Hence, it is impossible to replace a fuse incorrectly when using one. There is always a chance that a fuse will be used incorrectly, which could cause harm or result in the destruction of expensive equipment.

A circuit breaker takes up more space on the panel and inside the panel since it is more substantial than a fuse. If the circuit breaker does become dysfunctional, a skilled expert might be needed to help with the replacement.

What is a Fuse?

A filament often found inside a ceramic or metal shell makes up a fuse. Today, this is the fuse type that is most frequently utilized. Fuses are placed in a box through which the building's wiring passes.

Power can go across the filament and any associated circuits thanks to the fuse. The filament will melt in the event of an electric current overflow, ultimately cutting off the electricity. The ability of a fuse to withstand varying levels of energy depends on the voltage and rating of the fuse. The fuse can handle high-voltage currents better the higher the rating.

The best choice is often to get a fuse with a rating just a little higher than the maximum current capacity of your home. By choosing this kind of fuse, you can be sure that your electrical system is safe.

What are the Components of a Fuse?

An internal fuse is made up of a thin metal strip that is enclosed in a ceramic glass case for protection. The metal strip has separate terminals fastened to either end. Power is transmitted from the source to electrical appliances through the metal strip, which permits current to pass from one terminal to the next. The metal strip melts at an overload, stopping the excessive flow of power. Due to their ease of use, fuses frequently cost less than smart breakers.

Fuse boxes are quite prevalent in homes due to the simplicity of manufacturing and replacing their parts, but they are not a complete solution on their own. Fuse prices are often lower than smart breakers when compared to the pricing of individual components, and they are also the type of protection that most people are likely to be more familiar with.

What are the Differences between a Smart Breaker and Fuse? 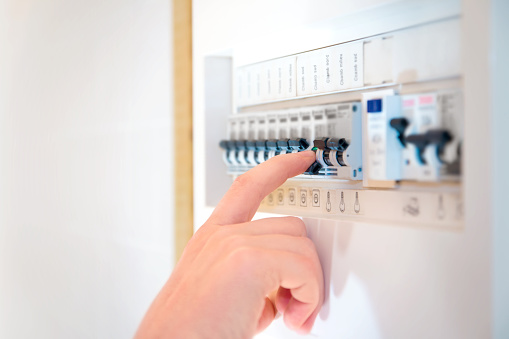 While a smart breaker and a fuse both serve the same function, several distinctions still exist. These variations range in terms of their capabilities, costs, and how well they manage the existing overflow. The important distinctions to watch out for while selecting a good one for your household are listed below.

Smart breakers are intricate parts that have the potential to change how quickly current is interrupted. As a result, when a surge happens, it could take a while for the switch to be activated, endangering your electrical equipment. However, a fuse responds to current overloads considerably more quickly. They react in 0.002 seconds, as opposed to circuit breakers' 0.05 seconds.

A smart breaker is typically used in locations requiring large amounts of electrical power. The motors and other large machinery are built to withstand high-voltage situations. The majority of homes with high currents employ smart breakers. High-voltage zones are not necessary for the operation of fuses. They are used in homes with low-voltage and low-current equipment. They are unable to tolerate the strong electrical current due to their basic mechanism. 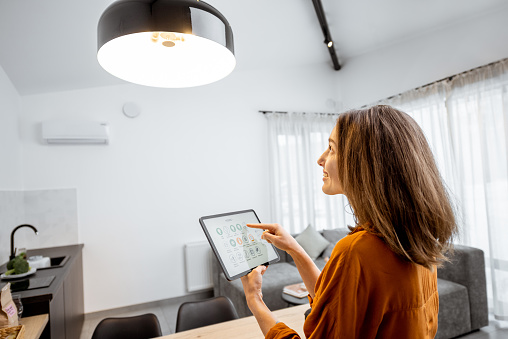 Smart breakers can help create a smart home. With just a small smart breaker, you can achieve remote control, power monitoring, schedule setting and more. This provides great convenience for smart home transformation. You don't have to worry about whether you forget to turn off various appliances and start a fire. Moreover, you can use your phone to turn on the smart home plan to keep all aspects organized. Knowing real-time electricity consumption can help you plan to save energy and money. Smart circuit breakers make everything move in the direction of being smarter and more convenient.

Contact us right away to find out more about our smart breakers.